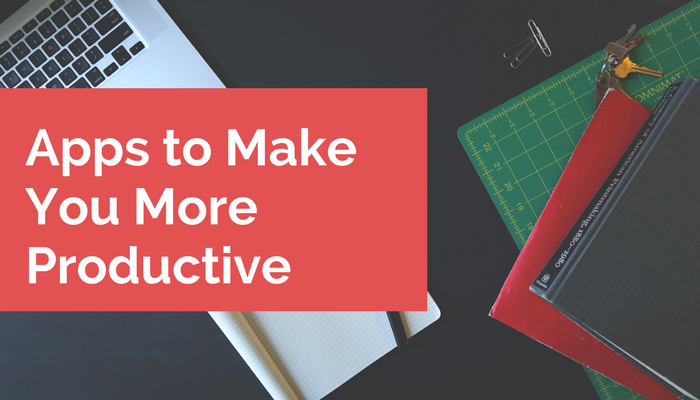 I’ve been playing around with some new business and productivity tools over the last few weeks, and I wanted to share with you what I’ve discovered.

I’ve gone back and forth over the years with productivity and to-do apps ranging from standalone software to online systems to paper and pencil. Currently, I’m using Yanado. This is a Gmail plugin and you can manage all of your to-dos inside of Gmail. The program allows you to make an email into a task, as well as simply add a task to the list. I’ve used similar programs inside of Gmail previously, but they either conflicted with MixMax (see below) or they took an email “hostage” to a task and you could only see the email as a part of the task rather than being able to see it in your inbox. I’m loving its ease of use.

As mentioned earlier, I use Gmail to manage all of my email — the free version, not the paid one. Over time, I had discovered a number of tools that let me do things that Gmail didn’t offer, like the ability to:

I was constantly seeking a solution that would provide all of this to me, instead of having to piecemeal it together, and finally discovered Mixmax. The app offers a number of other benefits that I haven’t had occasion to use. The downside of this app is that it doesn’t play well with other Gmail apps, but the pros of usage definitely outweigh the cons.

I write pretty well, but after a certain period of time, I can no longer see the mistakes in my writing. That’s why I purchased Grammarly to be my second set of eyes and ears. Grammarly catches punctuation, spelling, word usage and sentence construction mistakes. I highly encourage you to get a paid plan, as you need that to install the Grammarly app into Microsoft Word. If you get on their email list, you’ll get notice of their periodic sales, which usually save you a great deal of money on your first year of service.

Bored hackers are just sitting around waiting to hack into the next website. I’ve had sites hacked and infected with malware and so I have a couple of WordPress security plugins installed. When my site was infected several years ago, I had to pay my hosting company to have the malware removed. I’ve since changed hosting companies and have one now (a2Hosting) that goes above and beyond in the security department. However, the company that I use for my site back up, BlogVault, recently offered a new anti-malware service, Malcare, that provides early malware detection and acts on it before any damage is done. Best of all, it doesn’t bog down your server in the process!

I’ve played around with a number of customer relationship management systems. I find most to be bulky, hard to use, or just simply unwieldy. Then I was introduced to OnePageCRM and customer relationship management just became easier. Everything you need about a contact is on one page, just as the name implies, and setting up a follow-up system for leads and prospects couldn’t be easier. I do wish it integrated with more of the other apps that I use, but for now, it’s working for me to help keep me on track. Thanks to reader Carol McClelland-Fields for mentioning this app to me.

Tools to Help Your Biz