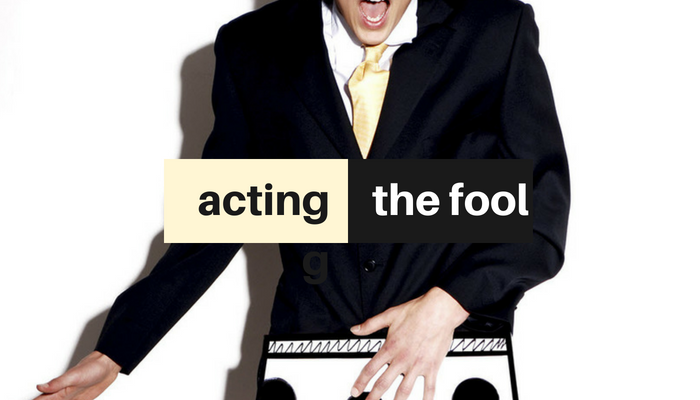 The Price You Pay for Acting the Fool

Unlike my mother, my father was a little more direct with my siblings and me when we were misbehaving in public.  Rather than my mother’s “Stop showing your butt!”, we would be hit with another classic southern anachronism, “Stop acting the fool!”

It looks like comedienne Roseanne Barr missed out on those lessons in her upbringing.  Roseanne has a reputation for outspoken and outlandish behavior, starting in the 1990s with her crude rendition of the national anthem and crotch-grabbing incident.  Apparently, she was making some type of statement in doing this, but I never fully understood her intent at that time.

However, her antics this time around took things too far. Her racist tweets cost her a lucrative job when the ABC network canceled the reboot of her television series. I thought that was pretty gutsy on the part of ABC/Disney, as Roseanne was a ratings hit and stood to be a big moneymaker for the network.

Not only did acting the fool on Twitter possibly permanently derail her career, it cost another 200 people their jobs, including the other actors on the series.  I think my colleague Tamara Patzer summed things up nicely in her post on Facebook when she said, “What makes people think they can just SAY whatever comes into their head…my mother always told me THINK before you speak…THINK before you post…THINK…”

It’s no secret that social media marketing can have a large impact on a business’s success or even its failure, quite frankly. If you are seeking a way to help you think before you post, you might want to consider automating your social media posting. While this may sound time-consuming, it’s not. In fact, you can automate much of the work in just a few short hours.

To help you out (heck, to help me out), I put together a cool little toolkit, The Ultimate Marketer’s Toolkit.  One of the included reports is The Ultimate Social Media Automation Plan, where you’ll discover:

You can read more about it here, https://bizsmartacademy.com/2018/05/25/the-ultimate-marketers-tool-kit/

However, don’t purchase it from there unless you want to pay full price.

You can save $30 by buying from the link below:

Linkedin Marketing: 5 Secrets to Syndicating Your Articles on Linkedin Groups

Custom Facebook Page: 3 Most Important Apps to Feature on Your Business Page