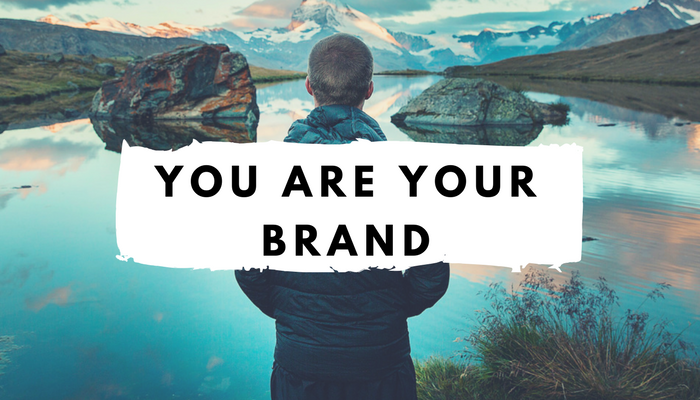 You Are Your Brand

You are your brand.

The unique qualities only you possess.

There was a time when branding meant a corporate-looking logo and a slick catalog, but in today’s marketplace, the real value is not in appearing to be a big company, but rather in just being you. And your personality shines through in a variety of ways.

How you speak and write and even how you act on camera or in an audio interview has the power to instantly identify you to your audience. You can see this in action if you scroll through your Facebook feed. It’s easy to know who has posted a particular image or status update just by recognizing the voice with which they generally speak.

Here’s an even more important aspect of your voice: it has the power to attract a specific audience. In recent years, a few high profile coaches and product sellers have become celebrities of a sort, largely because of their harsh, “don’t hold back” language. Ash Ambirge over at www.TheMiddleFingerProject.org makes no apologies for her use of offensive words, and her fans love her for it. And those that don’t? Well, as she says right on her home page, her site and services are “not for humorless bores.”

Snarkiness and foul language is not the only way to go, though. Carrie Wilkerson has built her brand almost entirely on her ability to be kind and generous. She always has a nice word, never appears defeated or overwhelmed, and is an inspiration to her fans and clients. And I love the regular updates about her kids and her Texas twang — we’re Facebook friends, never having met face-to-face.

While very different in their approach, these two women have one thing in common: authenticity. It’s clear that if you were to meet either of them in person, they would speak and act exactly as they do online. And their brands are stronger for it.

In fact, one of the strongest compliments I ever received was from a client who said, “If you read Donna’s ezine, it’s just like having a conversation with her.” That’s when you know you’re doing something right.

How did you get to where you are today? The backstory—which to you might seem boring and uneventful—is a powerful tool that can help solidify your brand and attract just the right audience.

I talk often about how my becoming a crispy critter in my job as a college administrator led me to blowing up my life by asking my then-husband for a divorce, putting my home up for sale, selling most of my possessions in a tag (garage) sale, and driving halfway across the country with my dog to move into the bedroom I occupied while growing up to start my business in my mom’s garage and living off of my retirement funds that I had withdrawn to live on while I was in my startup phase. (That must be the world’s longest sentence!)

I remember hearing Debbie Fields’ story when I saw her speak at Hendrix College in Conway, AR, as she told of opening her first cookie store and having to go out on the street and give away cookie samples to strangers to get people to come into her store. She went on to talk about how the bigger-name vendors wanted nothing to do with her while she was starting up, but thankfully a few lesser-known, smaller vendors took a chance on her and her business and extended credit to her so that she could get the supplies she needed to make her cookies.

Your story doesn’t have to be dramatic, and you certainly don’t have to share more than you’re comfortable with, but it does have to be yours. Be your true self, and you’ll never have to worry about attracting the right audience. They will self-select, and your perfect client will find you.

Brand Yourself With Your Story

Clarifying Your Offerings for Bigger Profits

5 Steps to Discovering Your Niche Market